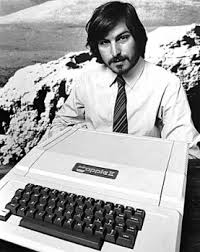 Steve Jobs was the brainchild of some of the world’s most popular consumer electronics today – you’re probably reading this on your iPhone or iPad – and father of one of the world’s biggest brands in Apple. However, there is one aspect of Jobs’ legacy that is often overlooked – the amazing sales lessons, sales management best practices and secrets to business success that he left behind.

I’ve always been inspired by Jobs, his work and his philosophies. I believe that many of his ideas can be translated across business, and especially sales. Here are 9 lessons imparted by Jobs – from either his own quotes, stories that his peers told about him or his biography – that have resonated the most with me.

Customers don’t just want to buy products with neat features; they want their entire “Buying Experience” to be a memorable one. Look at the ubiquitous Apple stores, for example. Creating a real “Buying Experience” while also selling solutions to problems – instead of products – will create the kind of customer loyalty and ‘delighted’ fans that Apple has managed.

Jobs was never afraid to think outside the box or be different with seemingly radical ideas. By failing – and failing fast, early and often – Jobs learned valuable lessons from his experiences, which shaped his later success. Don’t be afraid to fail; learning through failure is a great way to grow quickly.

Anyone who has ever watched an Apple Keynote knows that Jobs can be magnetic when presenting on stage. Therein lies the power of a great presentation. Deliver great presentations – both internally and to customers on sales calls – and you will be able to more effectively communicate your desired message.

4. Do not compete solely on price

Apple’s customers have never settled on its products because it was the most lowest-priced on the market; they buy Apple products because they deliver tremendous value, while solving customers’ pain points and giving them the experience they crave. Competing with other companies in your sphere by virtue of price is a losing proposition. Value means a lot more than just having the most affordable option.

5. “People don’t know what they want until you show it to them.”

Steve Jobs might have popularized the concept of evangelical sales, whereby customers need to be educated on why they need your product. Then, they can be your best advocates, actively spreading the word on behalf of your company or product. Look at how the iPhone has spread; nobody wants to be the only one in their community without one. Your product can work the same, if your sales reps evangelize and educate properly.

6. “It’s not about numbers, it’s about what the numbers mean.”

Jobs was a big fan of numbers and data analysis. However, he also understood that it’s not about the numbers, but what the numbers are telling you. All the data and sales analytics in the world can’t help you unless you are correctly applying the actionable insights revealed by the data.

7. Save your best stuff for the end

Jobs was referring to his keynotes and his presentations, but this applies directly and appropriately to sales pitches. Leaving with a bang can really resonate with your customers and leave a lasting impression in their minds. Train your sales reps to always present an outstanding conclusion.

8. Quality is more important than quantity

Never pursue quantity – more customers, more dollars, more anything – at the risk of sacrificing quantity. Having the most of something isn’t always an indicator that it is the best. For instance, the sales rep that makes the most calls might be a lot less productive than the sales rep who has the best sales activity efficiency, in terms of converting their calls to meetings and deals.

9. “I don’t really care about being right, I just care about success.”

(Triumph of the Nerds: The Rise of Accidental Empires, PBS, June 1996)

Jobs was not an egotist. He was not a stubbornly proud man, stuck in his ways. He was always open to ideas – from his employees, from customers – that could potentially improve his products, his company, and his way of doing things.

You should be managing your sales reps and all the other employees at your company in the same fashion. Put your ego aside and understand that all ideas are meant to benefit the company. Having that mindset will put you and your organization on the path to success.

Zorian is an EVP of Sales / CRO with experience serving on executive management teams of several successful, global and rapidly growing software companies with revenue ranging from $10 Million to $100 Million in revenue (growing 100%+ annually). This blog is meant to share insights and experiences with other CEOs and Sales Leaders about modern sales management and insights to rapidly scale sales revenue.